The secret corporate takeover hidden in the TPP
By Joseph Stiglitz 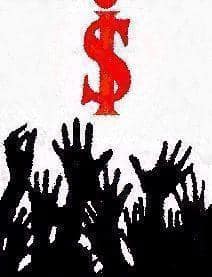 The United States and the world are engaged in a great debate about new trade agreements. Such pacts used to be called “free-trade agreements”; in fact, they were managed trade agreements, tailored to corporate interests, largely in the U.S. and the European Union. Today, such deals are more often referred to as “partnerships,” as in the Trans-Pacific Partnership (TPP).

But they are not partnerships of equals: the U.S. effectively dictates the terms. Fortunately, America’s “partners” are becoming increasingly resistant…

It is not hard to see why. These agreements go well beyond trade, governing investment and intellectual property as well, imposing fundamental changes to countries’ legal, judicial, and regulatory frameworks, without input or accountability through democratic institutions…

The real intent of these provisions is to impede health, environmental, safety, and, yes, even financial regulations meant to protect America’s own economy and citizens. Companies can sue governments for full compensation for any reduction in their future expected profits resulting from regulatory changes.

The Arbitration Game, The Economist