Faltering Hierarchies and the Emergence of Open Source 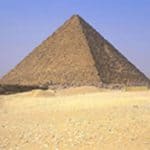 When he was still working at IBM, Larry Ellison became convinced that a relational database software would be more efficient than a hierarchical one. He came up with an idea for a prototype and proposed it to the corporate brass. His concept was not taken seriously. They rejected the idea on the basis that it would be too slow for the needs of the corporate world. That view was not shared by Ellison. He left Big Blue and with his partner developed Oracle, a database program that would become a leader in the industry.

When Ellison left IBM, the company was the paragon of a hierarchical structure. As we know, the software and hardware industries are changing quickly, and so is the corporate world. Relational types of software now dominate the industry.

Has the Net been altering human forms of interaction as well? With the advent of the Net, hierarchical power structures are being overlooked and supplanted by relational type systems are that more flexible an dynamic.

It appears that the most important innovation fostered by the Net is the transformation of our present power structures. Since the beginning, our civilization has been formed, developed, and maintained by a culture of hierarchy. Etymologically the word means “holy origin”. Its most prevailing image is that of the Church with God in heaven above, with the stratum below divided in order of importance until at its base lay the common mass of believers. The latter example is best illustrated by the image of the pyramid, like the one that adorns the US dollar. Egypt, as it happens, is one of the founding cradles of our western civilization.

There  is much to be said about ancient Egyptian religious beliefs and the building of the pyramids as a visual representation of the divine power of the hierarchy. A mysterious power that is yet to be fully revealed and understood.

The word hierarchy was made popular by Denis The Areopagite. He was a Greek citizen who was converted to Christianity by Saint Paul (Acts 17:34). The convert wrote several theological books, among them “Celestial Hierarchies”. In it, he describes the sacred order of angels and holy things. These angelic arrangements in time became the model for the Roman Catholic Church’s own hierarchy. It later became the model for corporations like IBM.

The most important aspect of hierarchy is that the order of persons are ranked in grades one above the other, from top to bottom; from the Pope to the mass of believers. Every layer is divided until a fewer number reach the top of the power structure. Each is parted by their own status and privileges. If you’re at the peak of the pyramid you have total control and access over the whole system. If you’re at the bottom you are limited to your own rank and status parameters. Lower stratum do not have access to the superior ones and communication and order are maintained by top down rules and protocols.

Information and communication does not flow freely. As it happens, order and control is the system’s biggest strength, its lack of free communication and flexibility are its biggest weaknesses.

Theoretically the idea behind relational communication is that information can be accessed randomly and readily. The same principles now apply to relationships. They are no longer limited by locality, handicap, gender, age or race. Space and discrimination are overlooked in favor of affinity and synergy.

Again, theoretically the new frontier in Net communications holds tremendous application for world peace. These forms of communications are the true foundation of freedom. History has shown us that the conquest of space has brought tribalism and war. The free exploration of cyberspace now enables us to contemplate world synergy.

But behind this wonderful advent of the Net Age there lurks the constant danger that this freedom will become pray to hierarchical predators. Controls are already set up to monitor the so-called threats to National Security. Leaders that have benefited from the powers inherent in the hierarchy will not tolerate this freedom to flourish. It is perceived, and rightly so, as a threat to the present oligarchic systems that rule the world.

Governments and mega-corporations will seek to toll and control cyberspace. It would be easy for a cyberstate to monitor and control the cyberspace. The result will be a reinforcement of the hierarchical systems and the New World Order.