Batman: The Masks of the Gods 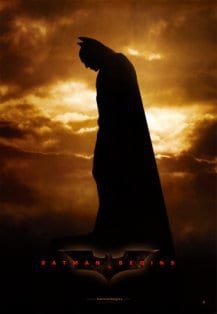 Superman’s power originated from being born on an alien planet. Spiderman’s prowess was the result of being bitten by a genetically modified spider. Batman’s power revolves around being the heir to a huge fortune inherited after the tragic death of his parents. Despite the difference in the origin of their power, these super-heroes typify the prominence of Hollywood’s pantheon. A medium’s celebration of American mythology and an ongoing tribute to true Americanism. Batman Begins recounts the genesis of a Paradise Lost. A hero’s loss of innocence, his journey through a painful path of redemption and coming of age. Visible on the movie’s official web site is a poster of the masked hero seen standing prostrate in the twilight. An appropriate reflection of a nation undergoing a period of soul searching.

Batman is the alter-ego of billionaire playboy Bruce Wayne. He was first introduced to the public in Detective Comics 27 in May, 1939. Wayne took up his role as Batman after the traumatic experience of witnessing his parents’ murder. Following a painful soul searching he decides to adorn a mask of a bat in order to instill fear upon criminals: and turn fear against those who prey on the fearful.

In Detective Comics 38 in April, 1940, Batman was joined by his crime fighting partner, Robin, the Boy Wonder. Batman and Robin were later joined by their faithful butler, Alfred. The team of Batman, Robin and Alfred became the nucleus of the Batman success since the 1940’s. Over the years Batman & Robin’s endless battles against an assortment of villains got increasingly favorable ratings. Prominent among Batman’s arch enemies include Joker, Riddler, Penguin, Two Face and Catwoman.

Contrary to most other super-heroes of his era, Batman has no supernatural powers of his own. He relies instead upon a superior training and intellect. He also uses expensive and sophisticated crime fighting gadgets that our hero is able to afford due to his enormous wealth. The best known are: The utility belt, the Bat-cave, the Bat-mobile, the Bat-plane, the Bat-cycle, the Bat-boat, the Bat-Signal, and all other array of high-tech contraptions to fight the sinister forces that threaten the city. To help him with his hi-tech devices, he relies on the help of a Wayne Enterprises’ tech expert, Lucius Fox (Morgan Freeman). Similar in many ways to British technical advisor Q in James Bond’s movies.

In Batman Begins, our hero is a loner who travels the earth to redeem his soul. He finds solace through hard physical training and discipline under the supervision of his newfound mentor, Ducard (Liam Neeson).

However, when Batman comes back from his journey, Robin is no longer our hero’s companion of choice. Alfred the butler is. Previous Batman movies have starred mostly American actors. Batman Begins’ leading cast are from Britain. They include Christian Bale (Batman), Michael Caine (Alfred), Gary Oldman, (Lt. James Gordon) and Tom Wilkinson (Carmine Falcone). And British born Chris Nolan is the film’s director. The fifth Batman sequel, with England’s prominent acting contribution, is a sure recipe to be a “bloke”-buster of the year.

Batman Begins clearly reflects a post 9/11 environment. The movie’s main themes of tragic loss, fear, anger, revenge, justice and moral responsibility reflect a current national disposition. Even some of the villains in the movie are made to appear like terrorists.

The movie plot begins when Wayne must deal with the physical and spiritual vacuum left by his parents’ death. He must also face the premature responsibility of being the heir to his family’s Empire, who’s headquarters just happen to be located at the very center of the city ─the center being a prevailing symbol in mythology. All the strength that he has built up during his journey will be useful when Bruce finally returns home to his castle. He finds Gotham city ruled by criminals and his own Wayne Enterprises in disarray.

Bruce Wayne faces enormous obstacles upon his return. He realizes that Wayne Enterprises is slipping out of his control. Disillusioned, Bruce Wayne undergoes a dramatic change and a metamorphosis into the Masked Crusader occurs. The hero is undaunted by his foes. He spares no means to fight for justice. However, there are many people who don’t like his plan to clean up the city. Among them, a stereotyped mobster named Carmine Falcone, Scarecrow and the League of Shadows.

The Masks of the Gods

Masks have been used among different cultures all through the ages for a variety of purposes. Generally, masks are adorned to honor the departed spirits of the ancestors. They have been used by shamans to ward off evil spirits. Masks have played an important role in rituals to cure illness or drive disease demons from entire villages or tribes.

Masks have been worn in holidays, festivals and masquerades like Halloween and Mardi Gras. In carnivals, masks are used to hide the identity of the wearer allowing him to break everyday rules that he or she would not normally break in an ordinary environment.

Wearing a mask in war was meant to instill fear in the enemy. Masks were also used to protect the dead by frightening away malevolent spirits and scavengers. In ancient Greece and Rome masks were worn by actors to make the gods manifest, thereby giving birth to drama.

Mostly, masks are adorned by secret societies, generally made up of men. They are used in rituals of initiation and rites of passage, introducing the teenager to hierarchy; the system that establishes social order.

Recently, we have seen the resurgence of masked men like the KKK. The Klan’s reappearance brings back images of cross burning and memories of lynching. As we have said, masked men like to instill fear onto the non-members. They like to hide their identity to avoid exposure and personal condemnation by the world that lay beyond their control.

Most super-heroes wear a mask as part of their persona. Bat-man is a perfect example of its veiled significance:

The mask in a primitive festival is revered and experienced as a veritable apparition of the mythical being that it represents ─even though everyone knows that a man made the mask and that a man is wearing it. The one wearing it, furthermore, is identified with the god during the time of the ritual of which the mask is part. He does not merely represent the god; he is the god…In other words, there has been a shift of view from the logic of the normal secular sphere, where things are understood to be distinct from one another, to a theatrical or play sphere, where they are accepted for what they are experienced as being and the logic is that of “make believe” ─“as if.”

The Masks of God, Joseph Campbell

What are we to conclude about the hero? One can draw a number of conclusions from the movie and its masked message. One that comes to mind is the allusion to an American semi-god sided by a British butler in an alliance to fight villains. Promoting acts of revenge to distract from any problems within the system and by making the enemy the focus of all the anger; a scapegoat.

What about the message that only a billionaire is able or can afford to fight crime? Whereas the non-elite masses are merely powerless spectators.

The name of Dark Knight also brings forth an interesting analogy in respect to the knighted celebrities. Dark Knight is the owner of an “empire”. He lives in a castle that will eventually be destroyed by flames. All these images suggests an induction of a new form of corporate feudalism. A New World Order where mega-corporations have become the new kingdoms, favoring the workers inside its perimeters with overwhelming providence.

Olympian religion is essentially a religion of the successful, comfortable and healthy ruling-class. The downtrodden peasant harassed by the necessities of keeping body and soul together in a naturally unfruitful land, crippled by debt and social injustice, asked something very different of his gods: The Olympians bore a discouraging resemblance to his oppressors.

We conclude with a last reference in regards to the setting of the movie. According to the Shorter Oxford dictionary; Gotham was the name of a village proverbial for the folly of its inhabitants, who were also referred to as simpletons.