“The inventor of the world wide web warns over concentration of power among a few companies ‘controlling which ideas are shared’. 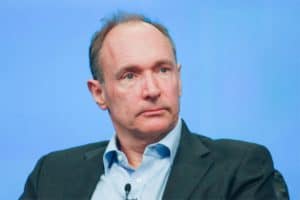 Sir Tim Berners-Lee, the inventor of the world wide web, has called for large technology firms to be regulated to prevent the web from being “weaponised at scale”.

These problems have proliferated because of the concentration of power in the hands of a few platforms – including Facebook, Google, and Twitter – which “control which ideas and opinions are seen and shared”.

“What was once a rich selection of blogs and websites has been compressed under the powerful weight of a few dominant platforms,” said the 62-year-old British computer scientist.

These online gatekeepers can lock in their power by acquiring smaller rivals, buying up new innovations and hiring the industry’s top talent, making it harder for others to compete, he said…”