Six Reasons We Can’t Change The Future Without Progressive Religion 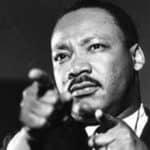 One of the great historical strengths of the progressive movement has been its resolute commitment to the separation of church and state. As progressives, we don’t want our government influenced by anybody’s religious laws. Instead of superstition and mob id, we prefer to have real science, based in real data and real evidence, guiding public policy. Instead of holy wars, othering, and social repression — the inevitable by-products of theocracy — we think that drawing from the widest possible range of philosophical traditions makes America smarter, stronger, and more durable over time.

That said: while we all want a government free of religion, there are good reasons that we may not want our own progressive movement to be shorn of every last spiritual impulse. In fact, the history of the progressive movement has shown us, over and over, that there are things that the spiritual community brings to political movements that are essential for success, and can’t easily be replaced with anything else.

Religion has been central to the formation of human communities — and to how we approach the future — for as long as homo sapiens has been around. Apart from God-belief (which varies widely between religions), all successful religions thrive and endure because they offer their adherents a variety of effective community-building, social activism, and change management tools that, taken together, make religion quite possibly the most powerful social change technology humans have ever developed.

What does religion offer that progressives need to make our movement work?

First: there’s nothing like it if you want to bond a bunch of very diverse people into a tight community of shared meaning and value. A religious congregation brings together people of all ages, backgrounds, educational levels, professional rank, and life circumstances, and melds them into an enduring tribe that’s centered around a shared commitment to mutual trust and care, and (most importantly) has a clear and vivid shared vision of the future they’re trying to create.

There is simply no other organizational form that encourages people to share their time, energy, and resources so quickly, completely, or enduringly; or aligns so much conviction toward the same goal. (This is why the leaders of corporations, the marketers of sports teams, and the military all study religious cultures, and try to appropriate their tribe-building techniques for their own purposes.) The resulting tribes can last for many centuries — and acquire a resounding moral voice that can reverberate throughout their larger communities, and well beyond. If you want to change the world, this is the kind of group — deeply bound by faith, trust, love, history, and a commitment to each other and to the world they envision that transcends life and death — that’s most likely to get it done. Religion is the best way going to get people to consecrate themselves, body and soul, to a larger cause; and to take on the kind of all-or-nothing risks that are often required to really change the world.