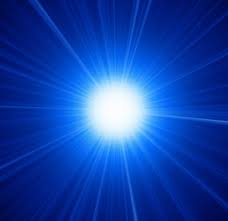 Religion is when I say church and what comes to mind is a physical building like a temple, synagogue, mosque or any other place of worship. Religion is what relates to the visible world like sacred shrines and the visible representatives of a belief system like the priesthood, the clergy, monks, etc… It also relates to visible sacred objects, consecrated things, holy ornaments. And it also consists of visible rituals, ceremonies and festivities as spectacle.

Whereas the original meaning of church is ecclesia that has a more spiritual sense; meaning congregation or an assembly of believers, a living organism brought together by faith in the word of God. In this sense it is a living presence assembled for a common good.

By the word of God is meant a personal and inspired communication between an individual and the almighty presence of the Spirit. It is invisible unlike what relates to religion, even though a congregation of people is visible. This sense stems from the Hebrew word ruah, meaning wind and breath, later translated into the Holy Spirit, which are all invisible principles.
In other words the essence of spirituality is a communication dynamic between the believer and the almighty that enables togetherness: A whole-some relationship between the faithful, the Holy Spirit and the congregation as one body and spiritual force.