Physicists are building an NSA-proof internet

The next generation web — far more secure than today’s — is on the way. Here’s how it works. 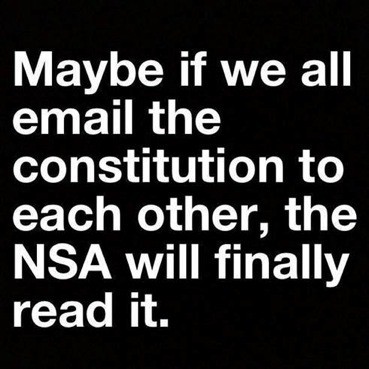 BOSTON — It’s long been the Holy Grail of communications: technology that not only maximizes privacy, but also reveals when a message had been intercepted or copied.

The quest began in antiquity, with encryption and with the humble envelope — which not only kept out prying eyes but also showed if a message had been opened by someone other than its intended recipient.

Despite centuries of innovation, today’s methods for secure communication are basically the same — and in some ways are even more vulnerable, given how easy it is to copy, store, and search electronic data.

Scientists say a solution for truly private, tamper-free digital communication is underway, and should be commercially viable within a decade.

For theoretical physicists, the solution has already existed for several decades, but the technology needs refining before it’s available on a mass scale across the internet. Still, the pieces of this ultra-secure, high-speed communications web are beginning to take shape in labs around the world.

The system is based on quantum physics, and more specifically on the concept of “entanglement.”

Entanglement is a topic that even hardened scientists discuss with a degree of wonder. “It’s quite mysterious, in fact,” said Félix Bussières, a senior researcher in the Group of Applied Physics at the University of Geneva in Switzerland.

Physicists have long struggled to come up with metaphors and analogies to describe entanglement, which is so hard to actually wrap the mind around that even Albert Einstein gave up and settled for calling it “spooky.” It involves creating two photons (particles of light) that, while independent of each other and free to travel long distances apart, are still tightly interrelated, almost as if they are not two separate photons but one indivisible photon pair. As photons travel, they spin; each part of the entangled photon pair spins in the exact opposite direction from the other. If something happens that causes either of the pair to change its spin, the other instantaneously changes its spin to compensate.

Entangled photons act like a tripwire for any outside tampering — which is what makes a quantum internet so secure. In other terms, “quantum mechanics tell us that if you look at a quantum state you perturb it,” wrote Thomas Jennewein, an associate professor at the Institute for Quantum Computing and in the physics and astronomy department of Ontario’s University of Waterloo, in the institute’s 2013 annual report. (If you want to read more on the science, start by looking up the Heisenberg Uncertainty Principle and the Schrödinger’s cat thought experiment.)

Brought to our attention by Truthdig.com