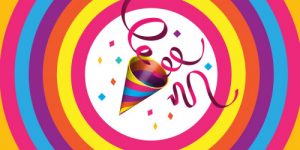 The OG Antitrust Is Back, Baby!
by Cory Doctorow, EFF (Electronic Frontier Foundation)

President Biden’s July 9 Executive Order on Promoting Competition in the American Economy is a highly technical, 72-part, fine-grained memo on how to address the ways market concentration harms our lives as workers, citizens, consumers, and beyond.

To a casual reader, this may seem like a dry bit of industrial policy, but woven into the new order is a revolutionary idea that has rocked the antitrust world to its very foundations.

The Paradox of Antitrust

US antitrust law has three pillars: the Sherman Act (1890), the Clayton Act (1914), and the FTC Act (1914). Beyond their legal text, these laws have a rich context, including the transcripts of the debates that the bills’ sponsors participated in, explaining why the bills were written. They arose as a response to the industrial conglomerates of the Gilded Age, and their “robber baron” leaders, whose control over huge segments of the economy gave them a frightening amount of power.

Despite this clarity of intent, the True Purpose of Antitrust has been hotly contested in US history. For much of that history, including the seminal breakup of John D. Rockefeller’s Standard Oil in 1911, the ruling antitrust theory was “harmful dominance.” That’s the idea that companies that dominate an industry are potentially dangerous merely because they are dominant. With dominance comes the ability to impose corporate will on workers, suppliers, other industries, people who live near factories, even politicians and regulators.

The election of Ronald Reagan in 1980 saw the rise of a new antitrust theory, based on “consumer welfare.” Consumer welfare advocates argue that monopolies can be efficient, able to deliver better products at lower prices to consumers, and therefore the government does us all a disservice when it indiscriminately takes on monopolies.

Consumer welfare’s standard-bearer was Judge Robert Bork, who served as Solicitor General in the Nixon administration. Bork was part of the conservative Chicago School of economics, and wrote a seminal work called “The Antitrust Paradox.”

The Antitrust Paradox went beyond arguing that consumer welfare was a better way to do antitrust than harmful dominance. In his book, Bork offers a kind of secret history of American antitrust, arguing that consumer welfare had always been the intention of America’s antitrust laws, and that we’d all been misled by the text of these laws, the debates surrounding their passage, and other obvious ways of interpreting Congress’s intent.

Bork argued the true goal of antitrust was protecting us as consumers—not as citizens, or workers, or human beings. As consumers, we want better goods and lower prices. So long as a company used its market power to make better products at lower prices, Bork’s theories insisted that the government should butt out.

This is the theory that prevailed for the ensuing 40 years. It spread from economic circles to the government to the judiciary. It got a tailwind thanks to a well-funded campaign that included a hugely successful series of summer seminars attended by 40 percent of federal judges, whose rulings were measurably impacted by the program.

Everyone likes lower prices and better products, but all of us also have interests beyond narrow consumer issues. We live our days as parents, spouses, friends—not just as shoppers. We are workers, or small business owners. We care about our environment and about justice and equity. We want a say in how our world works.

Competition matters, but not just because it can make prices lower or products better. Competition matters because it lets us exercise self-determination. Market concentration means that choices about our culture, our built environment, our workplaces, and our climate are gathered into ever-fewer hands. Businesses with billions of users and dollars get to make unilateral decisions about our lives. The larger a business looms in our life, the more ways it can hurt us.

The idea that our governments need to regulate companies beyond the narrow confines of “consumer welfare” never died, and now, 40 years on, it’s coming roaring back.

The FTC’s new chair, Lina Khan, burst upon the antitrust scene in 2017, when, as a Yale Law student, she published Amazon’s Antitrust Paradox, a devastating rebuke to Bork’s Antitrust Paradox, demonstrating how a focus on consumer welfare fails to deliver, even on its own terms. Khan is now one of the nation’s leading antitrust enforcers, along with fellow “consumer welfare” skeptics like Jonathan Kanter (now helming the Department of Justice Antitrust Division) and Tim Wu (the White House’s special assistant to the president for technology and competition policy).

Bombshells in the Fine Print

The Biden antitrust order is full of fine detail; it’s clear that the president’s advisors dug deep into competition issues with public interest groups across a wide variety of subjects. We love to nerd out on esoteric points of competition law as much as the next person, and we like a lot of what this memo says about tech and competition, but even more exciting is the big picture stuff.

When the memo charges the FTC with policing corporate concentration to prevent abuses to “consumer autonomy and consumer privacy,” that’s not just a reassurance that this administration is paying attention to some of our top priorities. It’s a bombshell, because it links antitrust to concerns beyond ensuring that prices stay low.

Decades of consumer welfarism turned the electronic frontier into a monoculture dominated by “a group of five websites, each consisting of screenshots of text from the other four.” This isn’t the internet we signed up for. That’s finally changing.

We get it, this is esoteric, technical stuff. But if there’s one thing we’ve learned in 30 years’ fighting for a better digital future, it’s that all the important stuff starts out as dull, technical esoterica. From DRM to digital privacy, bossware to broadband, our issues too often rise to the level of broad concern once they’ve grown so harmful that everyone has to pay attention to them.

We are living through a profound shift in the framework that determines what kinds of companies are allowed to exist and what they’re allowed to do. It’s a shift for the better. We know nothing is assured. The future won’t fix itself. But this is an opportunity, and we’re delighted to seize it.

PS: We wish the White House Competition Council good luck in this endeavor and hope GlobalCorp’s moles in the government don’t sabotage the plan…