On Faith and Believing

My father passed away on the 21st of September 2012. Soon after his death I found out that he had confessed to a mutual friend that I did not believe “je ne croyais pas”. This came as a surprise to me, especially since my father taught me to have a critical mind and to question commercial or systemic hype. In view of my father’s comments I feel the need to clarify where I stand in terms of my religious beliefs. 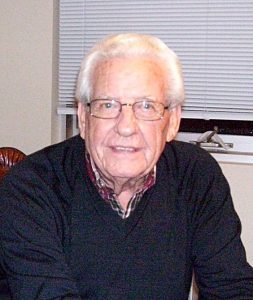 Dad was not a devout and practicing Catholic. But he was a morally conservative man. He did believe in the importance of religious education, the Church and its institutions. Like most Italians, being a Catholic had a social and cultural meaning. Freewill and matters of conscience are more important than the doctrines of the Church. As a whole Italians are Catholics by birth and insubordinate of clerics by nature.

My father considered life sacred. Above all he considered his children as sacred. He provided his family with everything they needed, including many trips for me to Italy where I stayed for months at a time with my relatives in Friuli, enjoying the pastoral pleasures of the region in the company of my cousins and friends.

My dad immigrated from Spilimbergo to Montréal in 1954 and found work as a construction laborer. He worked six days a week and more than 10 hours a day. His plan was to save money in order to move back to Italy. He was part of the great wave of Italians who immigrated to the Americas in the nineteen fifties. And like my father, once establish in a foreign land very few immigrants ever moved back to their country of origin. It was a dream fed by nostalgia. A dream that was uprooted once their children were born in the adopted country.

Several years later he started his own bricklaying company. In time he became a successful real estate speculator. I came to understand that his business activity was his form of implicit religion.

My father would have loved for me to work with him. I’d like to believe that if I had stayed in Montreal we would all be very wealthy. I had other plans. My passion was studying and writing. When I switched from economics to a theology major in 1974, I suspect he must have been disappointed. If he was, he never said a word about it.

When I switched to theology I was a teenager saddled by angst. It is my belief that this anxiety triggered an uplifting religious experience. I call it religious because there are no other terms to explain this mysterious power that got a hold of me. This led to a long intellectual search to understand my religious disposition. I did a lot of reading, especially books on psychology, theology and comparative religion. In retrospect I call it my spiritual journey as well as an analyzing period of my life.

Throughout my introspection I did not take into account the strong cultural impact that immigrating would have on me.

I was born in Tangier International in an Italian hospital. The city was later annexed by Morocco in 1956. My father worked for several years in this duty free city. During our family meals my father would tells us this story about my birth. He explained to us that on the day I was born he worked in an Italian Catholic Church located across the street from the Italian hospital in which I was born. His job consisted in repairing a collapsing floor where the altar stood. To this day I ponder the impact this anecdote had on my life.

Two years after my birth, my parents moved back to Spilimbergo, Italy. I remember being happy living on the second floor apartment overlooking the central piazza. One year later my father would immigrate to Montréal Canada. While he was away, he sent me a gift consisting of a cowboy hat and two pistols with a note telling me to protect my mother. I guess I heeded my father’s word as later in my life I dedicated some of my research on reassessing the role of women in religion.

Three years later my mother, myself and my sister joined my father in Montréal.

To this day I have a vivid recollection of one episode of my transatlantic trip leaving from Naples to Halifax in 1956. The trip must have been during Easter since I recall viewing a movie on the ship in a makeshift cinema showing the crucifixion of Jesus Christ. This event did not evoke religious feelings but memories of utter violence displayed by the images of Jesus being crucified on the cross.

Little did I know the cultural and religious shock I would encounter when we reached by train the island of Montréal.

I was only a few months away from the age of enrolling in school. I did not speak the language. I had no friends. My father spoke some French, my mother none. Back then education was controlled by priests and nuns. The French speaking people of the province of Québec were basically under the religious control of the Catholic Church. As it happens Montréal was called the city of the thousand steeples. Every neighborhood had a monumental church. The visible show of power of assembly later morphed into a powerful manifestation of solidarity of the Independence movement of Quebec.

I was an alien in a foreign land undergoing a cultural and religious shock. By the time I learned the language, made some friends and got used to the culture, the province went though La Révolution Tranquille – The Quiet Revolution. In less than a decade the province underwent a sweeping secularization program. Education and healthcare once the stronghold of the Catholic Church were taken over by the government. The period coincided with dramatic changes as a result of the Second Vatican Council in Rome that began in 1962.

I realized much later that a subliminal tool was responsible for instigating the changes not only in Québec but all around the world. During the sixties, television sets became common in homes and took center stage in peoples’ living rooms. The preferred provider of the good news was no longer the priest in their temples but the new medium. As part of my ongoing research I have finally concluded that this technological medium was responsible for the emergence of a global quasi-religion.

Like everybody else I became an avid devotee of TV and followed the majority in letting go of the burden of the Church’s moral teachings and embraced a more hedonistic way of life. This lasted until my legal age of 18. The following years a feeling of angst began to set in. By then I switched from French to an English speaking educational institution. I enrolled at Loyola College as a major in economics. One year later I switched to theology.

Loyola College was a great place to study. It was best known for its communication arts program. Nonetheless, the theology department was filled with great professors. The spirit of the Second Vatican Council was alive at this Jesuit institution. The faculty members were equally divided between Jesuits and lay professors. I had the opportunity to study systematic theology as well as comparative religion. I was introduced to books by Gerard van der Leeuw, Mircea Eliade and Joseph Campbell.

One of my professors, Malcolm Spicer, was in tune with the new approaches in the study of spirituality and mythology. His preferred authors were Carl Jung and Joseph Campbell, with whom he shared an academic relationship. On one occasion my professor invited Campbell to our campus as guest speaker. This event allowed me to meet Joseph Campbell personally in 1973 way before he became popular with the PBS series The Power of Myth televised in 1988– a series that aired one year after Campbell’s death.

During my studies I also took a class in Logic. The philosophy professor who gave the seminar at the time organized a conference on the Theory Positive Disintegration, developed by Kazimierz Dabrowski. At his request I participated at the conference. I met Dabrowski and discussed with him his theories. He contended that psychological tensions and anxiety are an essential part of developmental growth. The conference and his theories were instrumental in helping me understand that anxiety was a normal process in my spiritual development.

By the time I was ready to graduate I needed to decide where to continue my post graduate studies. Although I loved theology, my academic interest gradually gravitated around comparative religion and mythology. I did not want to leave Montreal so I began to look for universities that offered novel approaches in the study of religion. I opted for the newly created Universite du Québec a Montreal.

The faculty also consisted of Jesuits and lay professors. Louis Rousseau, a former priest who left the Church and married, became my thesis director. He was responsible for suggesting that I write my thesis on the inauguration of national monuments dedicated to historical heroes of Québec.

After graduating, I wanted to continue my studies. Unfortunately the department did not have a doctorate program. Due to the lack of funds I took a job in real estate and shared some business activity with my father.

In 1982 I received a phone call from my girlfriend in high-school. She had moved to Los Angeles. The call reignited an interrupted love affair that we began as teenagers. We dated until she moved with her parents to California in 1969. One year after that phone call she moved in with me. She did not like the cold weather so we eventually moved to Los Angeles in 1987 and married the same year.

I believe that my move to Los Angeles was a bigger disappointment to my father than my studying theology. It somehow relates to the story of my father reinforcing the floor where the altar stood on the day of my birth. The altar representing the place on which the sacrificial offering is made to God. In a sense my father sacrificed his love, his time and money so I could prosper within the family. By moving to California I rejected his offering and broke a bond.

I followed what I believed was my calling. To this day I’m not sure if my decision to undertake my research and leave Montreal was a selfish desire to follow my bliss or an unfathomable call to submit to God’s will.

I cannot explain my passion for study of religion and spirituality. My intellectual curiosity is not premeditated. It is spontaneous and inherent in me. I guess this is who I am. But because of my father’s sacrifice I am compelled to continue my research and writing. It is my way of expressing my atonement and gratitude to him.

I am a spiritual person. I am also an intellectual. To my father and some readers, my essays may appear agnostic even atheistic. They represent the rational side of me that involves research and the literary interpretation of the spiritual dynamic inherent in a religious experience. On the other hand, as a religious person, being raised a Catholic, I have a certain unshakable creed: I believe in the Spirit of the living Church, comprised of all faithful members, as the resurrected body of Christ.

Perhaps my father was right in a sense. I don’t believe in any systemic belief systems that are not truly spiritual. In the same manner that Jesus Christ loved his Father and preached outside the established institutions. He shared His presence with the outcast, the poor and the maimed. He taught his followers to love each other, to love your neighbor as yourself, outside the reach of established religious institutions.