Heroine With a Thousand Faces:

The Rise of the Female Savior
By Lynn Parramore, AlterNet.org 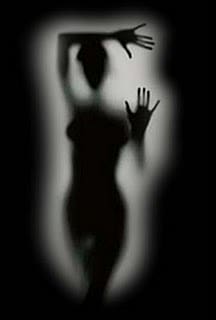 Hard times were made for heroes. In the face of oppression, it’s natural to want a savior – an intermediary to carry our hopes and dreams of overturning The System. From the wreckage of the Great Depression, a slew of caped crusaders rose, like Superman, corruption-busting Batman, Captain America, and The Shadow, who knew “what evil lurks in the hearts of men.”

Male heroes abound in our culture, virile figures who dazzle us with their wits and brawn. But lately, they just don’t seem to be getting the job done. The cowboy is looking ragged. Arnold Schwarzenegger, the action hero turned governor, turns out to be a run-of-the-mill womanizer and cheat. Far from battling global financiers, Barack Obama bends to the will of bankers. As a network of lawless capitalists and their political puppets squeezes and starves the world’s citizens from Cairo to California, Superman seems to have fled the scene.

Somebody else has leapt onstage. And she’s not wearing a codpiece.

In the most familiar dramas, epics and action stories, women play a small part — usually as idols, temptresses and servants. But the phenomenal success of Stieg Larsson’s Millennium trilogy and Suzanne Collins’ The Hunger Games, with their ass-kicking female protagonists, raises the question: Has the era of the female hero arrived? If so, why now? And what is she trying to tell us?

Birth of the Shero

As Joseph Campbell described in The Hero with a Thousand Faces, the archetypal male hero appears in a wondrous array of guises throughout the world’s mythologies. The tale is pretty much the same: A young man ventures forth from the common realm to battle evil forces and wins a decisive victory, sharing the fruits with humanity.

The stories, of course, were usually set down by men. Campbell himself noted this difficulty, and turned to fairy tales to find female heroes because such stories were often passed down from women to children and were more likely to carry the female perspective. In fairy tales, women must rely more on brains and subversive activity than brawn to survive, as the clever Persian queen Scheherazade did when she beguiled a murderous king with her storytelling for a thousand and one nights.

In the 1990s, anthologist Kathleen Ragan got frustrated when she discovered that Victorian folklorists had tended to downplay and excise strong women when they set down the traditional oral tales in print collections. In Fearless Girls, Wise Women & Beloved Sisters, she uncovered a treasure trove of stories starring female heroes, including an early version of Red Riding Hood in which the girl enters the woods a second time, meets another Big Bad Wolf, and dispatches him single-handedly.

After Wonder Woman, the female superhero gets more or less stuck in Comicbookland. With a few notable exceptions including the indelible Sigourney Weaver as Ripley in the Alien franchise, she stumbles around in stiletto heels, more sexual fantasy than role model. This tradition culminated with Angelina Jolie as Lara Croft in the Tomb Raider franchise, a female Indiana Jones endowed with pneumatic boobs designed to please male video game audiences…