Good News in a sea of Hatred, Greed and Lies 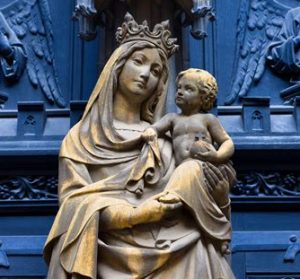 This is good news of peace and of religious reconciliation amidst voices of hatred, violence and war.

The Vatican announced that Pope Francis will consecrate the nations of Russia and Ukraine to the Immaculate Heart of Mary on March 25.

The consecration ceremony will take place at 5:00pm on Friday afternoon in Saint Peter’s Basilica, according to a Vatican communiqué from the director of the Holy See Press Office, Matteo Bruni.

Bruni added on that same day, a simultaneous consecration will be carried out in Fatima, Portugal, by Cardinal Konrad Krajewski, the papal almoner, as envoy of the pope.

The decision to consecrate Russia and Ukraine to the Virgin Mary reportedly is being carried out at the behest of the Catholic bishops of Ukraine.
In a widely accepted — and Vatican approved — Marian apparition that occurred in Fatima in July 2017 (sic, the year was 1917), the Virgin Mary requested that Russia be consecrated to her Immaculate Heart by the pope.

According to Sister Lucia dos Santos, one of the three visionaries who as children allegedly experienced the Marian apparitions in Fatima, Mary asked expressly for the consecration of Russia, adding that “if my requests are heeded, Russia will be converted, and there will be peace. If not, she will spread her errors throughout the world, causing wars and persecutions of the Church,” including the annihilation of “various nations.”

“In the end, my Immaculate Heart will triumph,” Mary is reported as saying. “The Holy Father will consecrate Russia to me, and she will be converted, and a period of peace will be granted to the world.”

In 1952, Pope Pius XII consecrated the Russian people to the Immaculate Heart of Mary, in the hope that Mary would intercede to bring about “a true peace, fraternal concord, and the freedom due to all people.”

Again in 1984, Pope John Paul II also entrusted all men and women and all peoples to the Immaculate Heart of Mary, an act that Sister Lucia later said corresponded to the request that Mary had made.