This is the third posting on the subject. We would like to share with our readers the reason(s) given for the blocking of links we added on Wikipedia on the subjects outlined below. These blocks were executed by an anonymous and ominous editor named Kurt Shaped Box.

We believe that the subjects outlined above would benefit from our contributions. We will let the reader and posterity decide on the merits of our presumption.

The reason given for the blocking is: 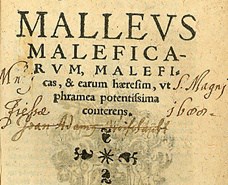 “This user is currently blocked. The latest block log entry is provided below for reference:

Your account has been blocked indefinitely from editing Wikipedia because it appears to be mainly intended or used for publicity and/or promotional purposes. Please read the following carefully.”

We find the reason(s) for the blocking disingenuous. Especially in view that Wikipedia is overwhelmed by entries relating to popular culture: Subjects that are, to say the least, idol-atrous in their quest for publicity and media self-promotion.

There are many possibilities why the bulk of the links were blocked. One of them is that the editor does not understand the subtleties between promotion of knowledge and narcissistic self-promotion. Another reason may be that the editor did not bother to read our entries and made a wrong assessment about its content. Or that he read the entries but made an arbitrary decision against the best interest of the expansion of knowledge and the future of Wikipedia.